David, Ben Yosef, Har-Zion, who writes under the pen name Prabhuji, is an avadhūta mystic. In 2011, he chose to retire from society and lead the life of a hermit. He spends his days in solitude, praying, studying, writing, painting, and meditating in silence and contemplation.

He was born on March 21, 1958 in Santiago, the capital of the Republic of Chile. When he was eight years old, he had a mystical experience that sparked his search for the Truth, or the Ultimate Reality. For more than fifty years, he has dedicated himself to explore and practice various religions, philosophies, and spiritual paths. He has devoted his life to deepening the early transformative experience that marked the beginning of his process of involution. For Prabhuji, awakening at the level of consciousness, or the transcendence of the egoic phenomenon, is the next step in humanity’s evolution. He considers that the essence of every religion is self-knowledge. His syncretic vision speaks of the recognition of consciousness.

Prabhuji is a recognized authority on Eastern wisdom. He is known for his erudition in the Vaidika and Tāntrika aspects of Hinduism and in all branches of yoga (jñāna, karma, bhakti, haṭha, rāja, kuṇḍalinī, tantra, mantra, and others). He has an inclusive attitude toward all religions and is intimately familiar with Judaism, Christianity, Buddhism, Sufism, Taoism, Sikhism, Jainism, Shintoism, Bahaism, and the Mapuche religion, among others. He learned about the Druze religion directly from Salach Abbas and Kamil Shchadi. 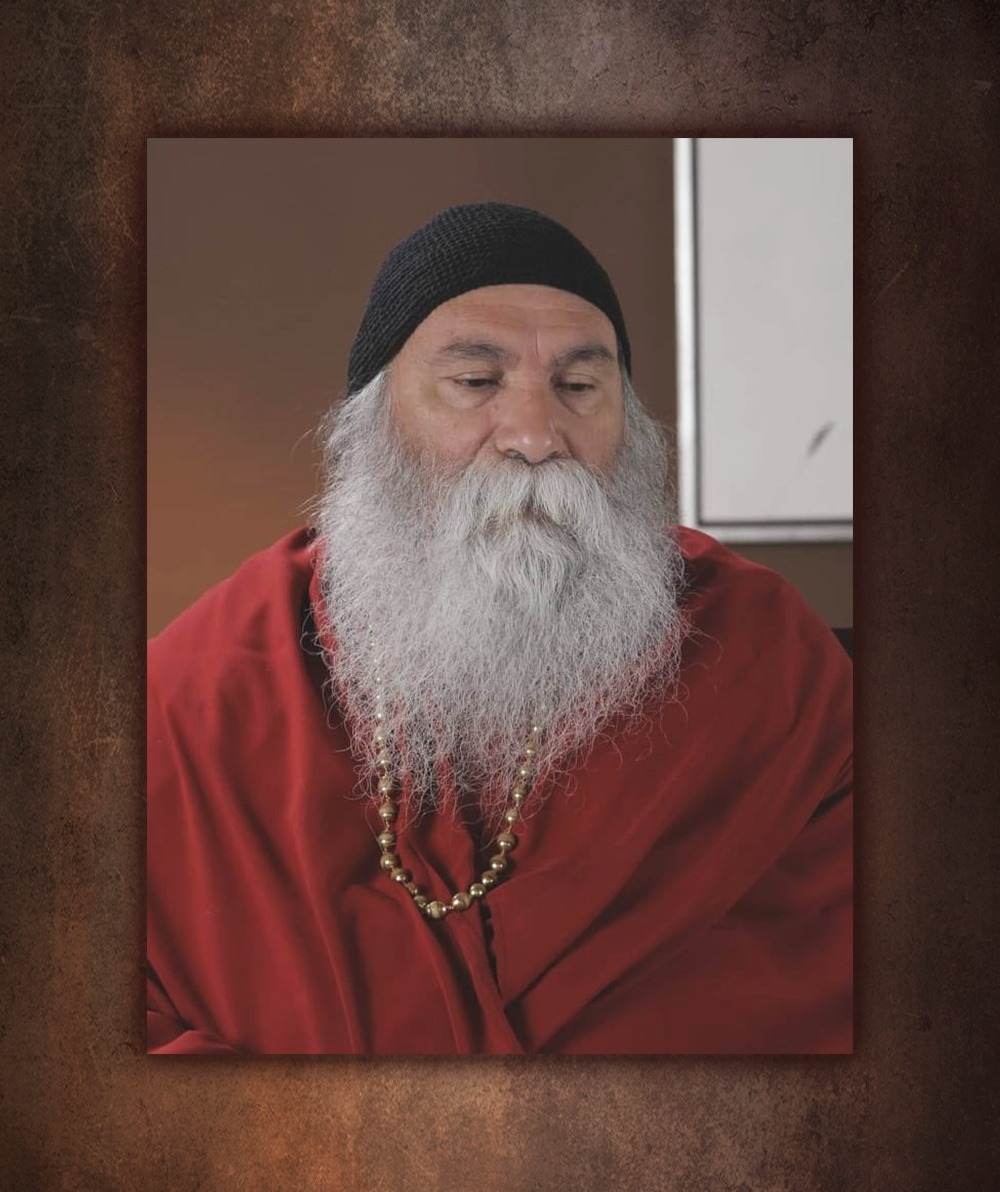 His curiosity for western thought led him to venture into the field of philosophy. He studied with his uncle, Jorge Balazs, philosopher and author of The Golden Deer. He also studied philosophy with Jonathan Ramos, who is a philosopher, historian, researcher, professor at the Catholic University of Salta, and author of four books: Philosophical Revelations, Antiquity in Poems, History and Concept of Authority in Christianity, and Foundations of the Christian Religion.

His profound studies, his masters’ blessings, his research into the sacred scriptures, and his vast teaching experience have earned him international recognition in the field of religion and spirituality.

His spiritual search led him to study with different masters of various traditions and to travel far from his native Chile, to places as distant as Israel, India, and the USA. He has studied Hebrew and Sanskrit to deepen his understanding of the holy scriptures.

Certainly, his first spiritual master and guide was his own father, Hacham Yosef Har-Zion ZT”L, Jewish mystic, philosopher, and great Taoist researcher, who from an early age supported him in his quest. As the son of a senior police sergeant, his father grew up with strict discipline. In response to the way he was raised, he decided to give his children complete freedom and unconditional love. Prabhuji grew up without any pressure from his parents. During his early years, his father showed his son the same love regardless of his successes or failures at school. When Prabhuji decided to drop out of school in the seventh grade to devote himself to his spiritual quest, his family accepted his decision with deep respect. From the time his son was ten years old, Yosef talked to him about Hebrew spirituality. They used to engage in conversations about spirituality and religion for days on end until late at night. Yosef supported him in whatever he wanted to do in his life and his search for Truth. Prabhuji was the authentic project of freedom and love of his father, who wanted to give his son what he never had.

On his own initiative, Prabhuji began to study Eastern philosophy and religions at an early age, and to practice karate. While other children his age were watching TV or reading magazines, Prabhuji entertained himself by reading The Tao Te Ching, Upanishads, The Discourses of the Buddha, or The Dhammapada. During his adolescence, no one interfered with his decisions. He traveled all over Chile in search of interesting people to learn from.

It was in 1976 that he met H.D.G. Bhaktikavi Atulānanda Ācārya Swami. Gurudeva Atulānanda taught him the path of Kṛṣṇa devotion, or bhakti yoga. Years later, he was officially accepted as his disciple. He received the first initiation and the brāhmaṇa initiation. Finally, he was initiated into the sacred renounced order called sannyāsa within the line of disciplic succession Brahmā Gauḍīya Saṁpradāya.

In 1996, in Rishikesh, India, he met H.D.G. Avadhūta Śrī Brahmānanda Bābājī Mahārāja with whom he did deep studies of Advaita Vedanta and meditation. Guru Mahārāja formally initiated him as a disciple and guided him in the first steps on the sacred path of avadhūta.

Several authorities of prestigious religious and spiritual institutions from India have honored Prabhuji with titles and diplomas. He was given the title Kṛṣṇa Bhakta by H.H. Swami Viṣṇu Devānanda, a disciple of H.H. Swami Śivānanda Sarasvatī and the founder of the Sivananda Organization. He was given the title Bhaktivedānta by H.H. B.A. Paramadvaiti Mahārāja, the founder of Vrinda. He was given the title Yogācārya by H.H. Swami Viṣṇu Devānanda, the Paramanand Institute of Yoga Sciences and Research of Indore, India, the International Yoga Federation, the Indian Association of Yoga, and the Shri Shankarananda Yogashram of Mysore, India. On March 21, 2021, he received the respectable title Śrī Śrī Rādhā Śyam Sunder Pāda-Padma Bhakta Śiromaṇi directly from H.H. Satyanārāyaṇa Dāsa Bābājī Mahant of the Chatu Vaiṣṇava Saṁpradāya. This title was given to him by the honorable Jiva Institute in Vrindavan, India.

The sannyāsa initiation was given to him by H.H. Swami Jyotirmayānanda Sarasvatī, the founder of the Yoga Research Foundation, H.H. Kīrtanānanda Swami, H.H. B.A. Paramadvaiti Mahārāja, and H.H. Bhaktivedānta Atulānanda Ācārya. Finally, in 2011, he renounced the sannyāsa in order to be initiated into the highly elevated order avadhūta bābājī directly by his Guru Mahārāja, His Holiness Śrī Brahmānanda Bābājī Mahārāja, thus becoming part of an ancient disciplic line of avadhūtas. A few months before leaving his body, his spiritual master appointed him Master Ācārya, empowering him to continue the millennial avadhūtas paramparā, or line of disciplic succession. With this appointment, Prabhuji is the official representative of the line of this disciplic succession for the present generation.

His interest in the complex anatomy of the human body led him to study chiropractic at the prestigious Institute of Health of the Back and Extremities in Tel Aviv, Israel. In 1993, he received a diploma from Dr. Sheinerman, the founder and director of the institute. Later, he earned a massage therapist diploma at the Academy of Western Galilee. The knowledge acquired in this field deepened his understanding of hatha yoga and contributed to the creation of his own method.

Prabhuji Yoga is the result of efforts to improve his own practice and teaching. It is a system based solely on the teachings of his gurus and the sacred scriptures. Prabhuji has systematized different traditional yoga techniques to create a methodology suitable for the Western public. Prabhuji Yoga aims for experiencing our true nature. It promotes balance, health, and flexibility through proper diet, cleansing techniques, preparations (āyojanas), sequences (vinyāsas), postures (asanas), breathing exercises (prāṇayama), relaxation (śavāsana), meditation (dhyāna), and locks (bandhas) and seals (mudras) to direct and empower prāṇa.

Since his childhood and throughout his life, Prabhuji has been an enthusiastic admirer, student, and practitioner of classic karate-do. From the age of 13, he studied different styles in Chile, such as kenpo and kung-fu, but specialized in the most traditional Japanese style of Shotokan. He received the rank of black belt (third dan) from Shihan Kenneth Funakoshi (ninth dan). He also learned from Sensei Takahashi (seventh dan) and practiced Shorin Ryu style with Sensei Enrique Daniel Welcher (seventh dan), who granted him the rank of black belt (second dan). Through karate-do, he delved into Buddhism and gained additional knowledge about the physics of motion. Prabhuji is a member of the Funakoshi’s Shotokan Karate Association.

He grew up in an artistic environment. His father, the renowned Chilean painter Hacham Yosef Har-Zion ZT”L, motivated him to devote himself to art from an early age. Thus, Prabhuji’s love for painting was developed from a young age. His abstract paintings reflect the depths of the spirit.

For many years he lived in Israel, where he deepened his studies in Hebrew and Judaism. One of his main masters and sources of inspiration was Rabbi Shalom Dov Lifshitz ZT”L, whom he met in 1997. The great saint guided him for several years in the intricate paths of the Torah and Chassidism. The two developed a very intimate and deep relationship. In addition, Prabhuji studied the Talmud with Rabbi Raphael Rapaport Shlit”a (Ponovich), Chassidism with Rabbi Israel Lifshitz Shlit”a, and delved into the Torah with Rabbi Daniel Sandler Shlit”a. Prabhuji is a great devotee of Rabbi Mordechai Eliyahu ZT "L, by whom he was personally blessed.

The Prabhuji Mission was founded in 2003 with the aim of preserving his vision and literary work. For fifteen years (1995–2010), Prabhuji accepted a few monastic disciples who expressly requested to be initiated. In 2010, he stopped accepting monastic disciples, followers, devotees, or visitors. Currently, he only guides a small number of serious disciples who have decided to stay with their master.

In January 2012, Prabhuji’s health forced him to officially renounce public life and stop managing the mission. Since then, he has lived in solitude, completely away from the public, writing and absorbed in contemplation. He shares his experience and wisdom in books and filmed talks. His message does not promote collective spirituality, but individual and inner searching.

Prabhuji’s vast literary contribution includes books in Spanish, English, and Hebrew, including Kundalini Yoga: The Power is in you, What is, as it is, Bhakti-Yoga: The Path of Love, Tantra: Liberation in the World, Experimenting with the Truth, Advaita Vedanta: Be the Self, Īśāvāsya Upanishad, and others. Book What is, as it is - Satsangs with Prabhuji (Paperback - English) Book Experimenting with the Truth by Prabhuji (Paperback - English) Book Advaita Vedanta - Being the self by Prabhuji (Paperback - English)