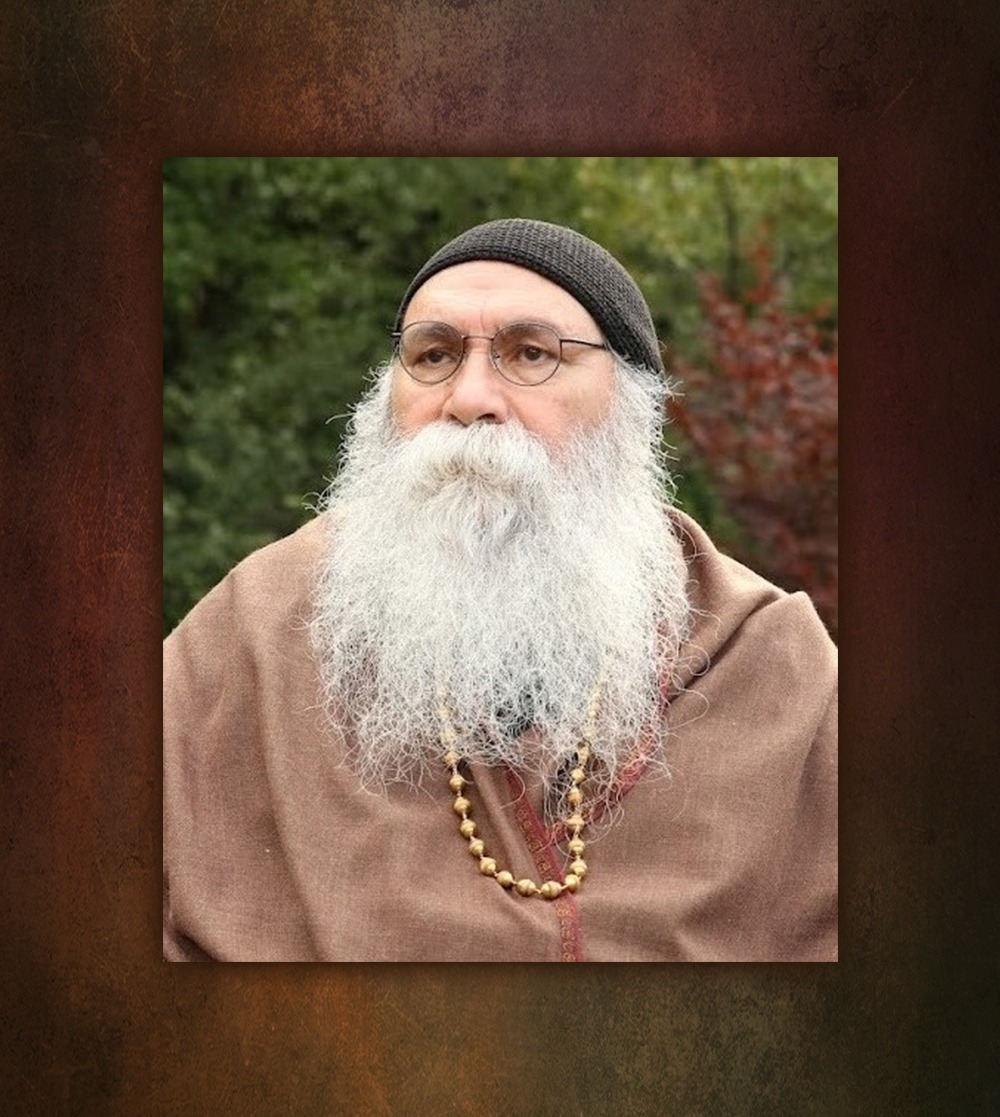 David, Ben Yosef, Har-Zion, who writes under the pen name Prabhuji, is the founder of Prabhuji's Gifts and the inspirational force behind it. He is also the founder of the Prabhuji Mission and of the Prabhuji Food Distribution and Toy Distribution Programs. He is a writer, painter, and avadhūta mystic. In 2011, he chose to retire from society and lead the life of a hermit. He spends his days in solitude, praying, studying, writing, painting, and meditating in silence and contemplation. studying, writing, painting, and meditating in silence and contemplation.
He was born on March 21, 1958 in Santiago, the capital of the Republic of Chile. When he was eight years old, he had a mystical experience that sparked his search for the Truth, or the Ultimate Reality. For more than fifty years, he has dedicated himself to explore and practice various religions and spiritual paths. He has devoted his life to deepening the early transformative experience that marked the beginning of his process of involution. For Prabhuji, awakening at the level of consciousness, or the transcendence of the egoic phenomenon, is the next step in humanity’s evolution. He considers that the essence of every religion is self-knowledge. His syncretic vision speaks of the recognition of consciousness.
Prabhuji’s vast literary contribution includes books in Spanish, English, and Hebrew, including Kundalini Yoga: The Power is in you, What is, as it is, Bhakti-Yoga: The Path of Love, Tantra: Liberation in the World, Experimenting with the Truth, Advaita Vedanta: Be the Self, Īśāvāsya Upanishad, and others. 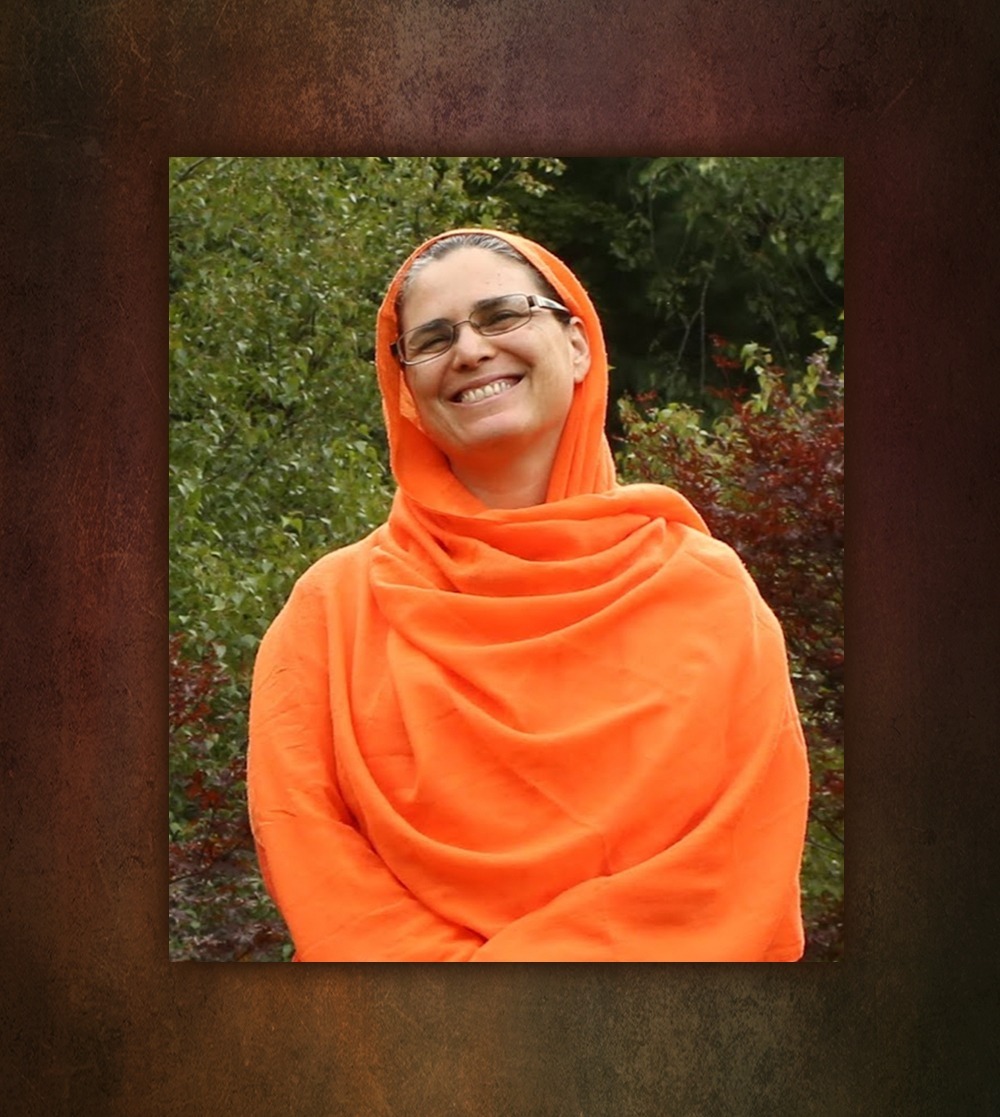 H.G. Avadhutika Ramananda Mataji is the president of Prabhuji's Gifts. She has been a monastic disciple of Prabhuji since 1992 and a member of the holy sangha of the Prabhuji Mission.
Mataji is the most senior and respected disciple of Prabhuji and her spirit of giving and caring for all, combined with humbleness and positive attitude, is a great inspiration. Apart from her service in Prabhuji's Gifts, Mataji is a Hatha Yoga, Kundalini, and Pranayama teacher. She learned Hatha Yoga and Kundalini Yoga directly with Prabhuji and received from him the title of Yogacharya. She is an excellent lecturer, erudite in Prabhuji's message and writings, an ordained pujari (Hindu priest), and the editor of our Prabhuji Magazine.
Ramananda Mataji is the director of our Prabhuji Food Distribution Program and "Prabhuji Toy Distribution" programs. 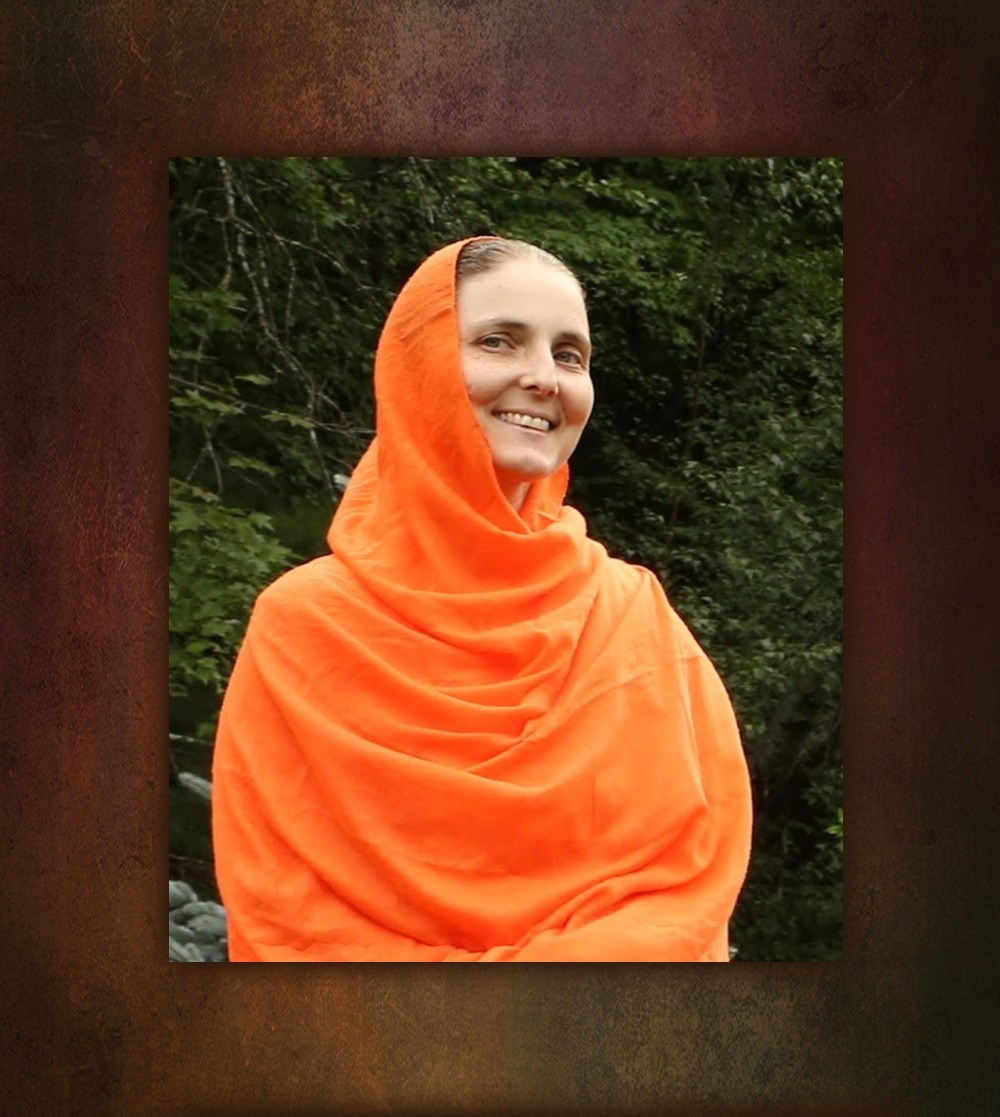 H.G. Avadhutika Durgananda Mataji is the vice president of Prabhuji's Gifts. She has been a monastic disciple of Prabhuji since 1995 and a member of the holy sangha of the Prabhuji Mission.
Durgananda Mataji oversees most aspects of the company. Her dedication, spirit of responsibility, and selflessness, along with her passion for truth, are an inspiration for us all.
Mataji is a brilliant lecturer with expertise in Prabhuji's message and books. She had also conducted several courses and classes about the Bhagavad Gita, Buddhism, Hebrew, and the writings of Prabhuji.
Mataji is also a pujari (an ordained Hindu priest), a translator of Prabhuji's writings into Hebrew, and composes inspiring poems about the spiritual path and the journey as a disciple. 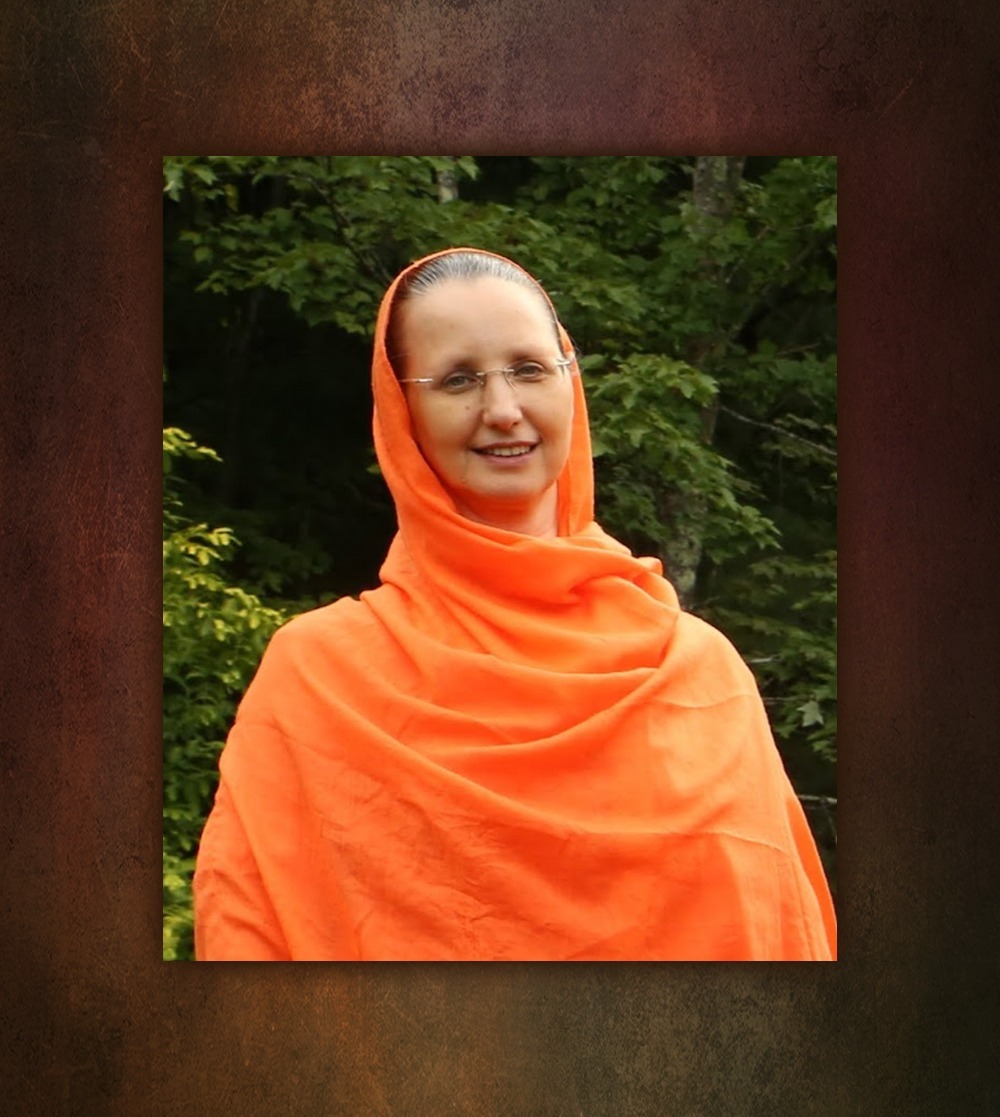 H.G. Avadhutika Omkarananda Mataji is the controler of  Prabhuji's Gifts. She is a monastic disciple of Prabhuji since 1996, and a member of the holy sangha of the Prabhuji Mission.

Omkarananda Mataji also oversees the product development department of the company. We all appreciate her dedication, discipline and brilliance which are combined with an ardent passion for spiritual development.

Apart from her role in Prabhuji's Gifts Mataji is the head of our "Prabhuji Book Publication" skifully supervising the processes of editing, translating and publishing the books of Prabhuji.

Mataji is also an excellent bilingual lecturer. She is an erudite in the writings and the message of Prabhuji and conducted courses about various spiritual path according to the teachings of Prabhuji including Vaishnavism, Tantra, Advaita Vedanta. 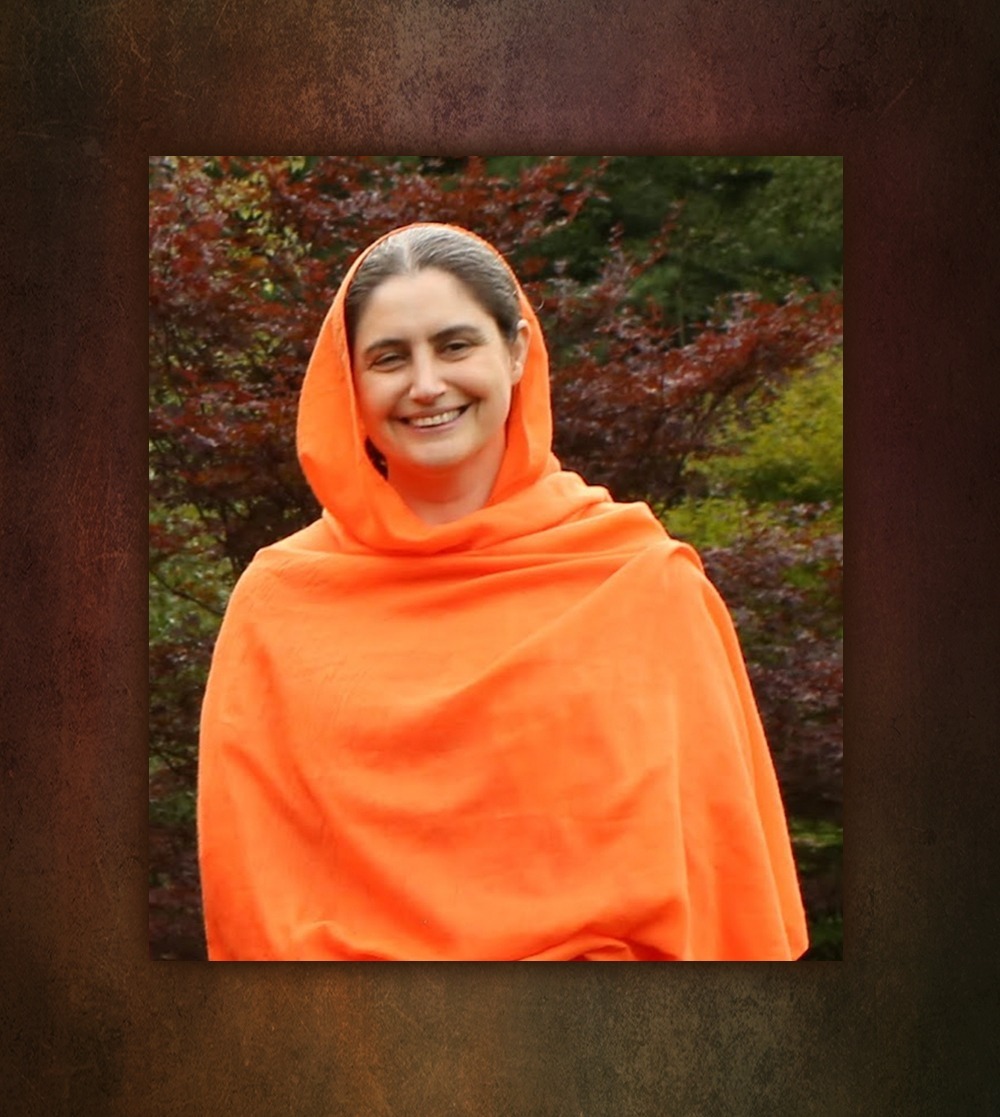 H.G. Avadhutika Omkarananda Mataji is the Executive assistant of Prabhuji's Gifts. She is a monastic disciple of Prabhuji since 2001 and a member of the holy sangha of the Prabhuji Mission.

Muktananda Mataji is also the web designer of Prabhuji's Gifts and the Prabhuji Mission.

In addition to her service in Prabhuji's Gifts she is also the editor of Prabhuji's videos and a Sanskrit editor in the book publication.

Mataji lived in India for several years and studied Sanskrit with a few scholars. This enabled her to currently serve as the sanskrit editor of our book publication. She is a wonderful lecturer with a vast knowledge in Prabhuji's message, especially in his unique view about Judaism.